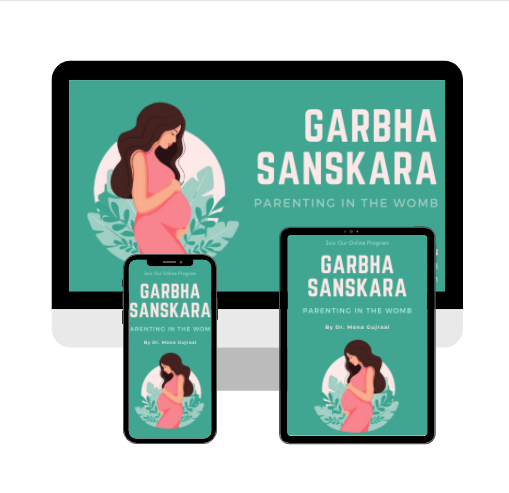 Garbha Sanskara is basically a parenting program for pregnant parents to learn ‘parenting in the womb’, where your child’s personality first starts forming. This program includes the practices according to the Hindu vedic scriptures that teaches you to form a correct lifestyle (what to eat, how to communicate, what to do) that will make these 9 months of pregnancy a beautiful for you to form a bond with your baby & help it grow up healthy!

"One of the best decisions we took for our baby, the program is very well planned to relieve all anxiety of the first time parents. Thank You Dr. Mona." 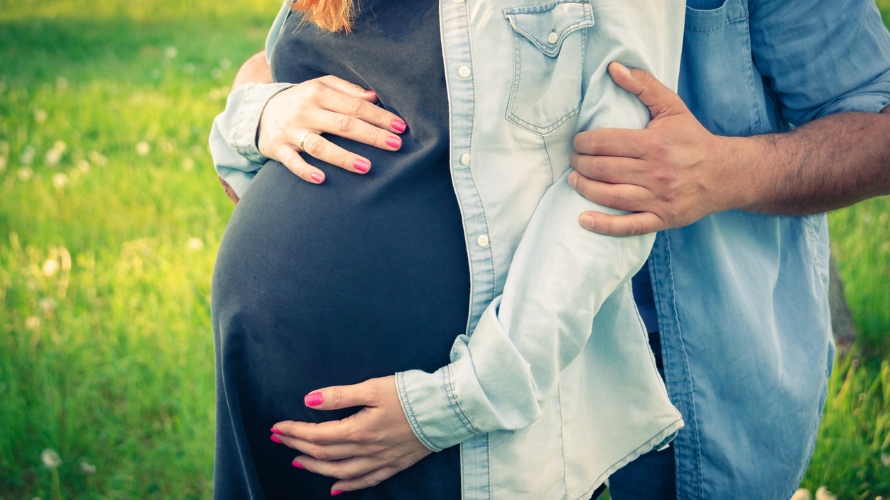 Rekha & Varun
"There were so many of our questiones answered, we used to look forward to our weekly sessions." 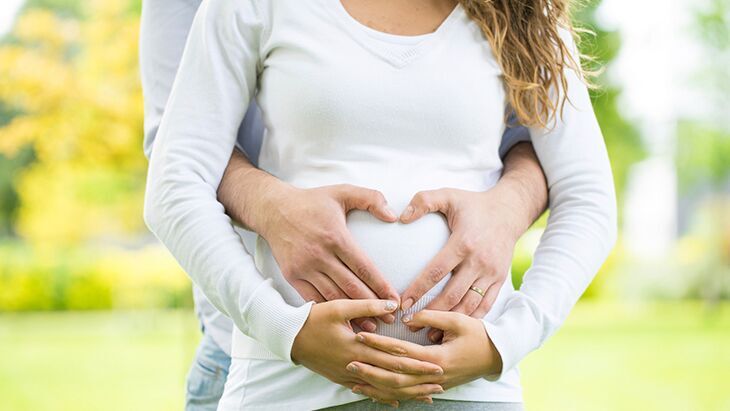 Kavya & Puneet
"The guided exercises were the best part of the program. It really helped in the relaxation and I could feel the baby responding positively." 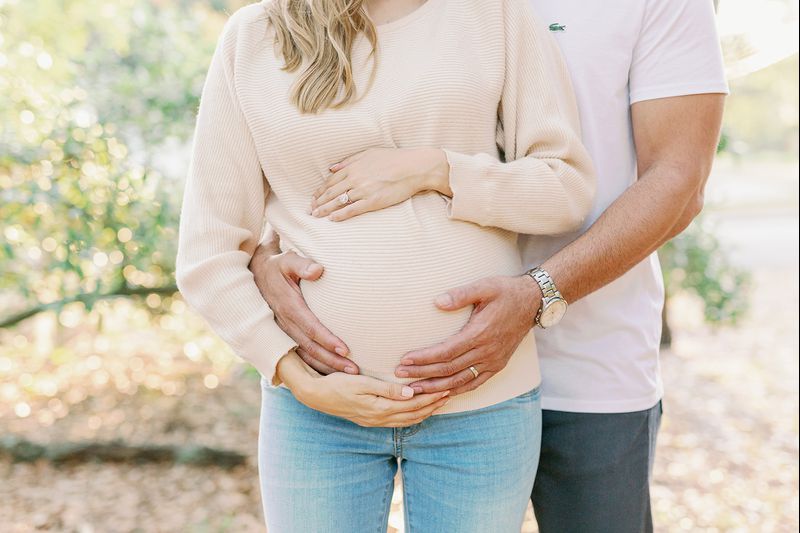 What does Garbha Sanskara mean?

Garbha Sanskara is a process to achieve physical, mental, spiritual, emotional,
social development of the unborn baby inside the mother’s womb. It is a
complete pregnancy care guideline to get a marvelous healthy child. It is this
crucial period of ‘nine months’ when maximum efforts are to be taken for
betterment of the offspring. Now it is scientifically proved that the unborn baby
can not only listen and feel but it also responds to any external stimuli.
Garbha Sanskara is an ancient Indian science from the scriptures Sharirsthan of
Charak Samhita and Sushrut Samhita of Ayurveda. This basically involves tenderly
developing the physical and intellectual capacity of the baby inside mother’s
womb.

Mother’s bond with the child starts right from the time of conception. It is
traditionally believed that a child’s mental and behavioral development starts as
soon as it is conceived, and the mother can shape up baby’s first impressions and
the personality.

There are scientific evidences that prove that a baby inside the mother’s womb
responds to the outside stimulus and has the ability to listen. Doctors and experts
also believe that there is a significant effect of the hormonal secretions that are
activated by the thoughts of a mother on the unborn baby.

Modern research has also confirmed that more than 60 percent of the baby’s
brain growth occurs in the intrauterine stage. The fetus is not just a mindless
accumulation of flesh, but a highly receptive and embryonic human being capable
of receiving, perceiving, assimilating and replying to external stimuli.

Vinayak Damodar Sawarkar, a great Indian freedom fighter’s mother used to read
the brave stories from the Ramayana and Mahabharata when she had him in her womb. So this shows that sanskar or parenting during pregnancy affects the personality of the child.

Abhimanyu (Arjuna’s son) is said to have learned the war skills when he was in his
mother Subhadra’s womb. He used to listen to the ‘Chakarvyuh’ planning that
Krishna narrated to his sister, and learned it while still in the womb.

Lord Hanuman’s mother Anjana was an ardent devotee of Lord Shiva. When she was pregnant she ate a blessed dessert meant to produce divine children. Lord
Hanuman was thus born with divine powers. He dedicated his life to fighting evil
and was loyal to Ram and Sita.
When Prahlad’s mother was pregnant she used to listen to devotional songs as a
result, even though Prahlad took birth in a Rakshasa family, he became a follower
of Lord Vishnu.

Ashtavakra’s mother Sujata wanted her son to be the most intelligent sage there
ever was. So she would sit in on the classes taught by her father and husband while she was pregnant. In a class taught by her husband, the unborn baby spoke up and corrected his father Kahoda. Kahoda feeling insulted cursed his son to be born deformed. So Astavakra was born physically challenged. But as he had taken part in the classes of his learned father and grandfather while in the womb of his mother, he was a genius. The story goes on to say that because of his intelligence, he was able to fix his physical handicap. So in the end he became a handsome man as well as the most intelligent sage of his time.

What are the Benefits of Garbha Sanskara?

The advantages of Garbha Sanskara are that parenting in the womb not only has a great impact on the child’s personality but also on the health of the mother. The positive thinking and happy attitude promotes physical well – being of the mother. Experts encourage some of the practices of Garbha Sanskara and say it may be worth talking to your baby, listening to music and reading educative books while you are pregnant. This shall make your baby have better sleeping habits, be more alert and confident, more content, more active at birth, better at breastfeeding and bond with parents better. Not only you educate your child but there is development of a bond between mother &amp; child and the mother is also given the love and care she deserves during this phase of life.

The key benefits of Garbha Sanskara are: 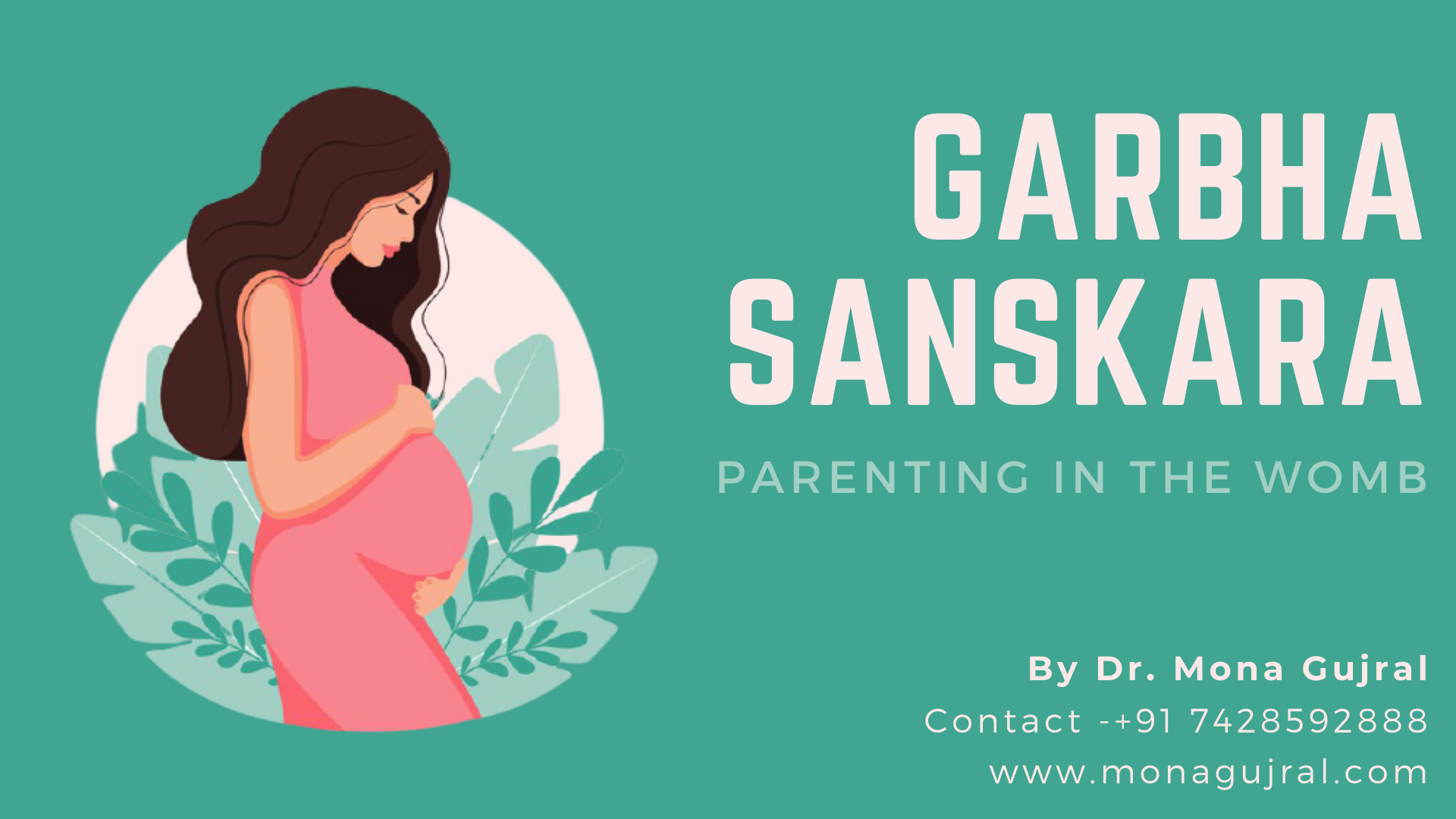